-> It was developed by Andy Rubin and his team members Nick Sears, Chris White and Rich Miner.
-> Initially, they wanted to develop an extraordinary camera. Then, they thought that there would be no much market for cameras. So, they turned their focus to the mobile operating system.
-> Android is the nickname of Andy Rubin given by his colleagues because of his love for robots.
-> While developing the operating system, they had faced some financial issues. So, they presented their idea to Samsung and asked for funding. But, it was rejected by Samsung.
-> Later, they met Google co-founder Larry Page in 2005. Larry Page had shown some interest in their idea and agreed to invest.
-> Then, Google acquired Android in 2005. Since then, Android development is under Google.
-> In 2007, Google formed a group of 84 companies to release Android as open source.
-> In 2008, the first mobile of Android was released by HTC. That is the HTC Dream. Also, T-Mobile G1 is called as the first mobile of Android.

-> Android releases a new version every year with some performance enhancements, UI improvements, and some new features.
-> The versions are named after desserts. And all the version names follow alphabetical order.
-> According to sources, the initial versions of Android are called Astro – 1.0 & Bender – 1.1. These were used for Alpha & Beta testing purposes. There were no mobiles released with these versions.

we have to create by extending the contetProvider  class

Querying database in a form a URI

Part of an activity to handle screen  view.

Ex: tablet can hold two fragments at the time but mobile only.

developer need to decide either show one fragment or two based on the need.

and overriding these methods.

Intent used to call another activity.

Specifies the types of intents that an activity, service, or broadcast receiver can respond to.

Specifies the capabilities of its parent component.

EventsHandlers: when an event occurs like onclick, ontouch these actions handle by event handlers.

EventListerns: event handler pass request to these listens so they respond the action.

Event registration: the process of above both. writing code to handle events with an event handler and even listeners.

you need to figure out which event may occur and refer the android events documentation to implement.

the better example is Button clicks.

To Apply style for entire application or activity you need to mention in the android manifest.file.

for a single, it can be done through layout XML file.

call from res/layout/activity_main.xml  or any activity (every activity /screen one XML file needed and some background in Java to handle the requests).

Take some time to understand the style inheritance.

Custom Components: when you are not satisfied with prebuilt android UI elements. then you can override

those another java class, extend it from the main class. 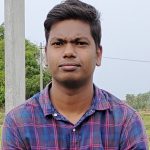 I am Raaz Kumar, Most Of the time in a day , I Spend on WordPress, Hosting, Server related issues, So i decided write clean posts from my personal notes, so it will be useful for every one like me. Read More,,